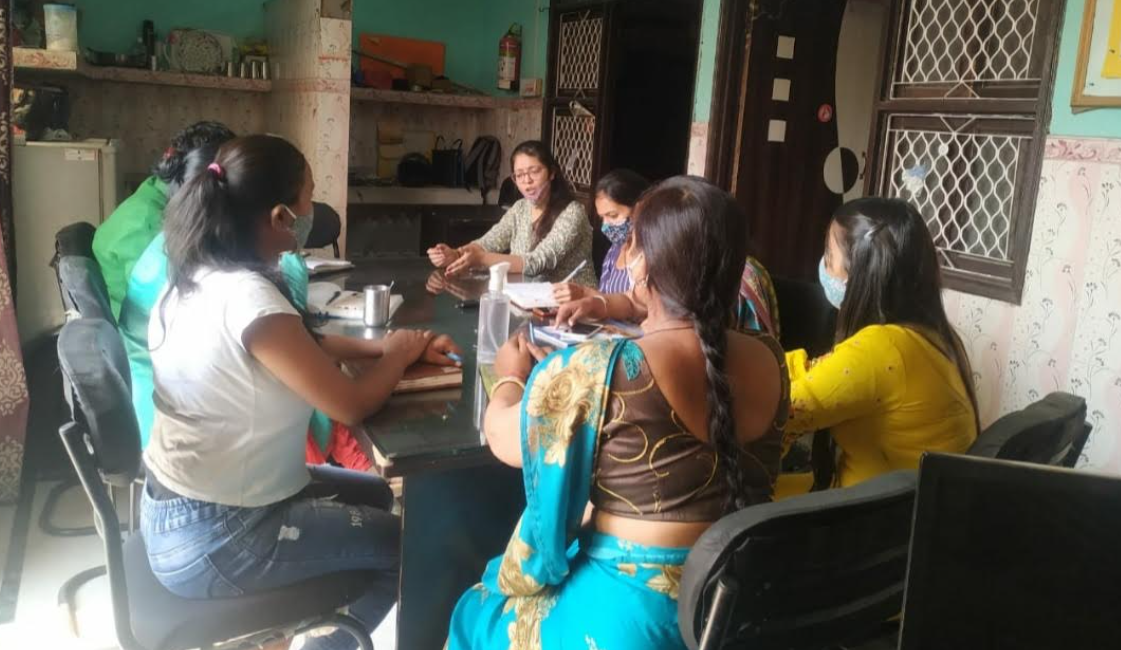 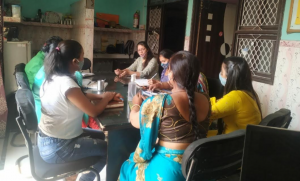 (India, May 22, 2021) Supriya Desai, 33, a resident of a fisherman’s colony in the heart of Mumbai, worked with a travel company. During the pandemic, the company went into losses, and most of its employees, including her, lost their livelihood. For six months, she had no work. She kept looking and found a job at a photocopy shop nearby. Much to her dismay, once again she was asked to sit at home. If that wasn’t enough, her husband, Ravikiran, a real estate broker, has been unemployed for the past two years. The family so far has not received any government support. With nothing to eat, their life is slipping from bad to worse.

“My entire family was financially dependent on me. After I lost my job, we lost all our hopes. The situation has become very tough, we are surviving on a loan that I have taken from my sister.” – Supriya Desai

For the past one year, women in India (across all socio-economic strata) have been suffering because of the impending COVID-19 crisis. The pandemic has brought them nothing but unprecedented challenges in the form of deteriorating health, lack of access to food, employment loss, domestic work burden and rising sexual violence.

India’s gender equality has plummeted to an all-time low in 2021. One of the most populous countries in South Asia has slipped 28 places to rank 140th among 156 countries in the World Economic Forum’s Global Gender Gap Report 2021. While the results are daunting in themselves, the disappointing performance of India in closing the gender gap has also exposed several harsh realities, specifically in terms of access to quality healthcare. The first and second wave of COVID-19 has left women a lot more vulnerable than men, yet their plight is under-reported. The disruption in health services is being observed as more of a systemic failure triggered by lack of support from the government and crippling healthcare infrastructure than a struggling response to the pandemic. The quality and accessibility of care provisions across rural areas, towns and even in specific patches of metropolitan cities have continued to remain poor, unregulated, unorganized and barely monitored.

The fallout of the pandemic has threatened the economic stability of the country. Rising infections, nationwide lockdown, business closures, trade disruptions, and all appropriate professional activities moving online have dented productivity levels and caused an employment loss to many. In such a scenario, pre-existing gender inequalities have only exacerbated and surfaced full throttle. Along with that, the virus has significantly increased the burden of unpaid care, which women disproportionately carry. This, among other factors, means that women’s employment is dropping faster than average, even accounting for the fact that women and men work in different sectors, reports McKinsey.

Most of the women migrant workers (especially domestic workers) earning their livelihood in the cities have returned to their villages. For those who could not, lack of work has put them in financial vulnerability, and lack of adequate medical care has put them at a greater health risk. Development professional Ritikaa Sharma, who is associated with Delhi-based social enterprise, Haqdarshak told Saris to Suits ®, “The impact of this catastrophic situation has fallen disproportionately on the marginalized women. Loss of income has put the entire household in great distress, as primarily that income contributed to children’s education and their daily expense.” She also emphasized that insecurity is snowballing and therefore Social Security Entitlements need to come into play, but most women, especially in rural areas, are unaware of them. The reason is, they have been consistently denied of their basic entitlements because of ingrained patriarchy and decision-making power of male counterparts in the family.

In the last few years, Haqdarshak has tried to support women both socially and economically by providing them crucial information on welfare entitlements and help them gain access to basic necessities, including ration support, health insurance and financial assistance.

In a bid to flatten the curve, the government has time and again put nationwide lockdown and travel restrictions and most organizations have moved to a virtual mode of working. While these interventions are necessary to curb the spread, on the flip side, they have pushed women into a ‘Shadow Pandemic’. Delhi-based independent consultant Nyamat Bindra, associated with several NGOs, informed Saris to Suits ® that women are going through extreme physical, mental and emotional exhaustion. She said, “There is a large chunk of them who are silently suffering intimate partner violence and sexual harassment. In 2021, the percentage has gone up swiftly. Many of them are trapped in toxic relationships, and COVID has forced them to stay still. Trauma is in a far more pronounced state for these women than the others, yet little help has been available to them. They are going through a constant feeling of helplessness. Those who have kids, for them the struggle to balance between family and career aspirations is unnerving.”

Nutrition and regular access to food has become a key area of concern for women from marginalized communities, migrant workers, and sex workers. To make ends meet, these women are turning to non-profits and development organizations as their last resort. In the western part of India which has contributed most to the rising coronavirus cases in the second wave, several NGOs have come forward to provide food and essential hygiene items to these women.

Didi Krishna Kumari, of Sadhu Vaswani Mission, shared, “Those women who belong to the lower economic strata of society are not even socially acceptable. Yet, they are all surviving and fighting the battle. We have especially worked with women in red light areas and transgender people because they are mainly the ones who have nothing to eat now. We have consistently supplied them with groceries and essentials.” The mission has reportedly distributed one thousand five hundred PPE kits and about one hundred thousand meals since March this year in COVID affected areas. Last year too, the mission served ration kits in and around the remote villages of Pune, food packets to the migrants of Shramik trains and served meals at shelter homes. 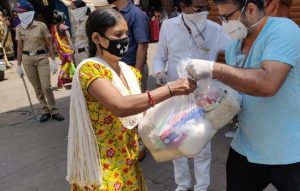 Despite all the help and support being provided to women and young girls at this time, the reality remains grim because such fragile conditions demand a robust mechanism, a systematic and timely intervention and special assistance that can help them navigate through any loss or trauma. Local government bodies need to be proactive in implementing measures that guarantee their safety. Mental and emotional health should be given precedence. Hence, the adopting e-mental health tools or online therapy should be seen as a necessary ad-hoc solution until the world goes back to normalcy. Women migrant workers, at-risk women or women living in rural areas should be made aware of social schemes that they can avail themselves during this time. As the entire country cripples to stand on its feet, we need to understand that without putting women at the centre of development, we may not be able to achieve sustainable outcomes or build resilient societies, let alone fight this pandemic.

Manvi Pant is a staff writer for Saris to Suits ® Omniscient Perspective. After a corporate career spanning eight years, she has moved to Academia and also runs her storytelling platform Real Life Heroes. Founded by former network news anchor Patti Tripathi, US-based Saris to Suits ® focuses on building awareness to break down the barriers that constrain the advancement of women and girls. We aim to advance women’s empowerment, education, gender inclusivity, equality and social justice. www.SarisToSuits.org 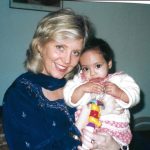 Previous:
“There are so many options other than leaving your child in a box somewhere” 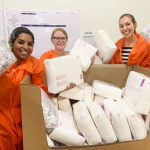 Next:
A serial entrepreneur sops up millions in funding for her eco-friendly diapers