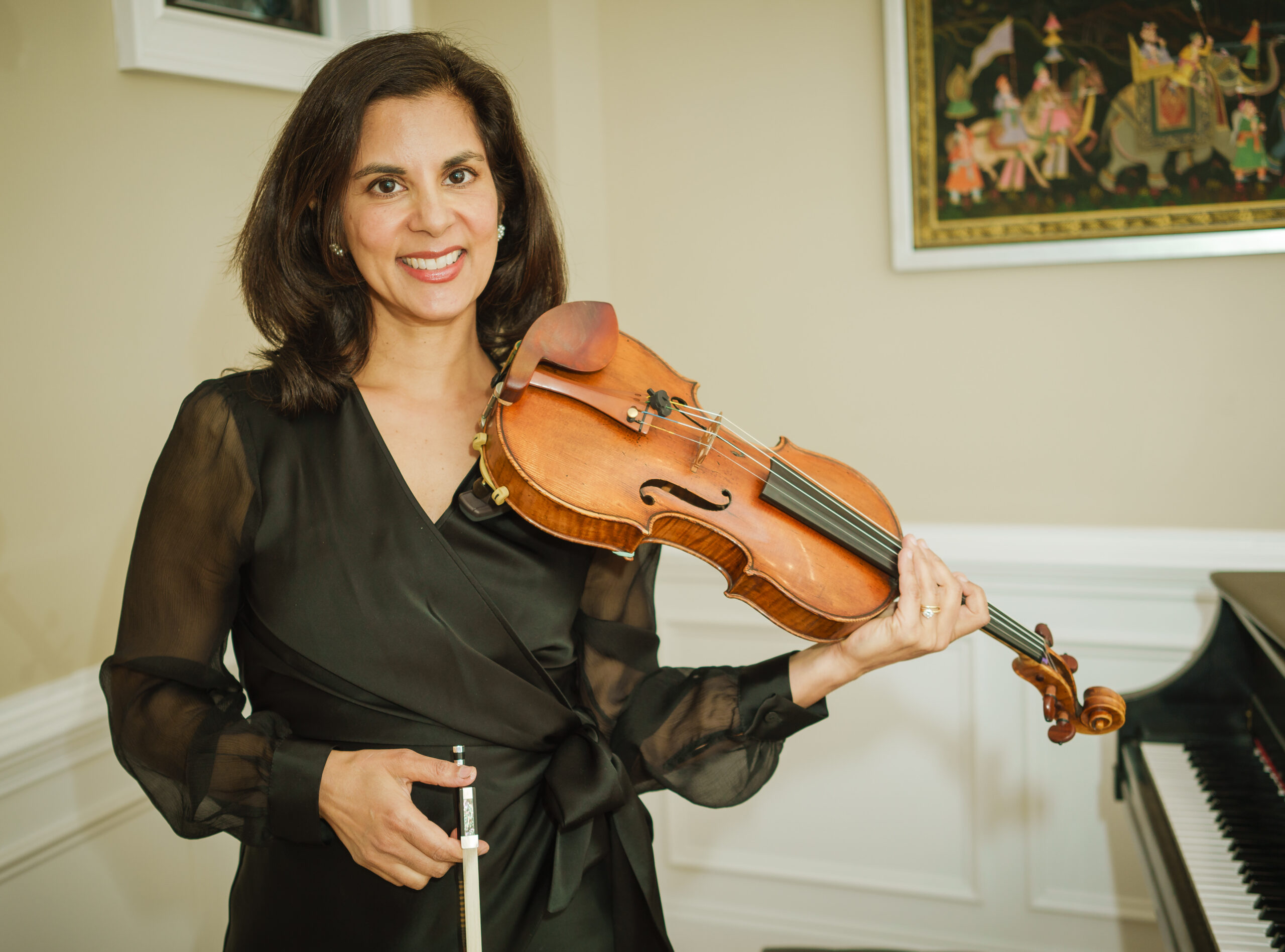 Home UncategorizedTrailblazing Atlanta Symphony Violinist Defies Cultural Norms for Career and Marriage; poised to launch Concerts for a Cause

Trailblazing Atlanta Symphony Violinist Defies Cultural Norms for Career and Marriage; poised to launch Concerts for a Cause 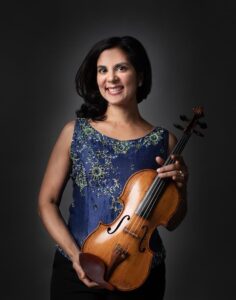 The lights dim, and the orchestra tunes its instruments, producing a cacophony of sounds. Exuding style and elegance, Indian-American violinist Sheela Iyengar, 50, plays the notes of the symphony with palpable passion. The detached, strongly accented notes resonate in the acoustics of the Atlanta’s Symphony Hall.  Keeping every detail in place, Sheela gets lost in experiencing all the emotions of the musical story.  The thunderous applause breaks her trance, and she stands with the orchestra to receive their adulation.

In a candid conversation with Saris to Suits the first female musician of Indian heritage to join the ranks of a professional American symphony orchestra,  Sheela Iyengar deep dives into her early struggles, persistence, marriage, and future goals.  Read On!

[Atlanta, GA, May 25, 2022] The dazzling array of challenging techniques makes the violin beautiful yet complex, a fiendishly difficult instrument to master. But in fifth grade, Sheela had little understanding of the various musical instruments. And so, the naïve and curious school girl tried everything – flutes, clarinets, French horns, and many others but could not make a sound on any of them. Then, she laid her hands on the violin, oblivious to the magic those strings were about to create. “As soon as I perched the instrument on my shoulder, drew the bow across the strings, it produced a sound right away.  I thought the violin would be an easy instrument to play, but boy, was I wrong!”

The hustle began and next four years flew by trying to master the fundamentals of the instrument and fiddling with sounds, expressions, and styles. By now, the love and desire to play were at their peak. At 15, Sheela was sure that she wanted to become a professional musician, a choice that did not go down well with her highly educated father.

“My late father was a Ph.D. in mechanical engineering with several patents to his credit. Since I was academically strong, he hoped I, too, would pursue engineering. When I announced my decision to pursue music, he expressed a strong reservation because, to him, it was a field with little scope of success. He was also aware of how subjective it can be with a lot dependent on whether someone likes your performance or not. There is no objectivity here, unlike in academics. Much to his disappointment, I had already fallen in love and chosen a creative path.”

The Iyengar sisters had a humble and traditional Indian immigrant’s upbringing. Their father had immigrated to Canada to pursue his Masters and Ph.D.  After getting a job, he went back to India and married a South Indian woman in a traditional arranged marriage set-up.  Shortly, the couple returned to Canada, but after a few years the entire family moved to the US for a better career opportunity and India-like weather.  They stood out as they were among one of the first Indian immigrants in Atlanta 40+ years ago, and the small Indian community became like an extended family to Sheela and her younger sister Sunita, who’s now an Atlanta area hematopathologist.

Like most, Sheela’s Indian American parents were not unreasonable in their expectations. They were just one of many who had experienced hardships in immigrating to the States in order to provide their children every opportunity for success. They were among those for whom pragmatic choices in career like engineering or medicine meant financial stability and job security.  But, Sheela was determined to defy all stereotypes.  She decided to go against the tide and began taking private violin lessons. Over time, she won several local competitions and went on to study at the prestigious Indiana University and the Cleveland Institute of Music. In the year 1997, she got her start with the Atlanta Symphony Orchestra (ASO) in her hometown. 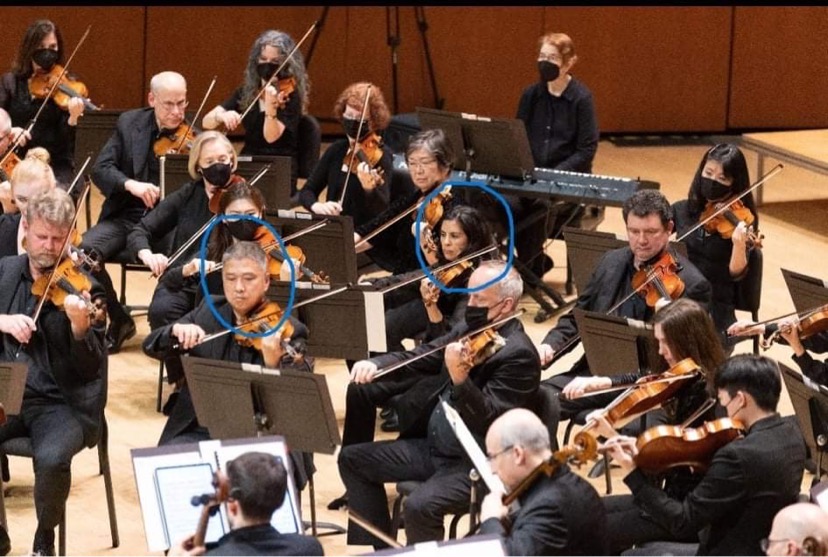 Sheela and her husband Sou-Chun are both with the ASO, and have performed recently with the renowned cellist Yo-Yo Ma, and superstar violinists Itzhak Perlman, and Joshua Bell. She says about her husband, “He won’t say he’s a prodigy, but I think he is.”

When Sheela reflects on her journey to become the only female Indian musician in a major American symphony orchestra, she exults with pride for not giving up despite being discouraged by people of her own Indian community who failed to understand her career choice. Founded in 1945, the multiple Grammy Award winning Atlanta Symphony Orchestra and its chorus is one of the best in the world.  Getting a position in such an orchestra is especially competitive since there are only about 15  major symphony orchestras in the U.S. that pay a desirable salary and benefits. Musicians usually hold on to their positions until retirement and many beyond the retirement age.  Each year there may only be about ten openings for violin and hundreds of applicants. Only around 100-150 candidates are selected for an audition that consists of three rounds. After the first round, approximately ten candidates move to the next. The semifinals narrow it down further, and in the final round, one person is offered a trial week to play with the ASO in the violin section.   “The competition is tough,” she explains.  “One must audition behind a screen to be hired. The hiring committee cannot see you during the first two rounds of auditions. They can only hear you playing. This practice was instituted specifically to prevent racism and gender discrimination.” 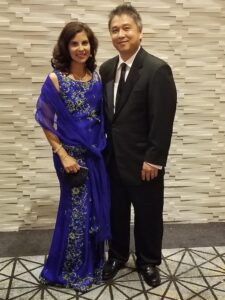 Besides music, love has been a huge influence in Sheela’s life. Raised in a traditional South Indian culture, the violinist always expected herself to marry an Indian. She quips, “But there were so few Indians in the US at that time to choose from, and honestly, I never met one that appreciated Western classical music!”  After dating for five years, she wed Acting Principal Second Violin at the ASO, Sou-Chun Su.  A native of Taiwan, Sou-Chun immigrated to Atlanta during his high school years. It is interesting to note that the two are graduates of the same conservatory and met after Su won his position with the ASO at a very young age of 23. While the artistic duo shares many things in common such as the style of playing the instrument, Sheela admits there have been creative differences too

“Marrying outside your culture has its challenges, such as different food preferences, communication, and parenting styles. Sometimes it is challenging to play together because we may have different opinions on how a piece should sound. But over time, we have learned to switch to ‘colleague mode’ instead of ‘spouse mode’ to avoid hurting each other’s feelings.”

In the marriage of 26 years, the violin maestros became parents to two very talented kids – Julia Anjali, 21, and Joshua Ravi, 16.  When she sensed their interest in music, she coached them early on. Her daughter played as a soloist with various youth orchestras and the Atlanta Symphony Orchestra. She was one of five freshmen accepted in 2019 to the Shepherd School of Music at Rice University with a merit scholarship.  Her son is an accomplished pianist however has chosen not to pursue music professionally. 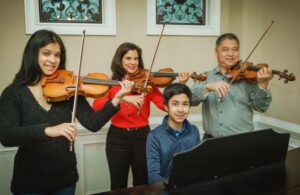 The family plays their instruments together.

Of many things the Atlanta Symphony trailblazer is passionate about, one is passing down her natural musicianship and the love for violin to the next generation through her studio. In the last 25 years, many of her students have gotten selected for All State Orchestra, Atlanta Symphony Youth Orchestra, Governors Honors Program, etc.  Sheela and Sou-Chun are also the founders of a string quartet called the Amadeus String Ensemble. They often collaborate with other professional musicians to perform at weddings and events in the Atlanta area.  In the future, Sheela wants to launch a chamber music series in partnership with Metro Atlanta places of worship to present benefit concerts for worthy causes.

“I plan to name the series ‘Concerts for a Cause’. In doing this, I hope to merge my love for music making with support for charitable organizations that I believe in.”   Sheela Iyengar hopes to inspire the large Eastern music loving Indian diaspora to venture out of the comfort zone to embrace western classical music and attend the ASO concerts to fall in love with it. 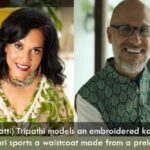